Now listen, you who say, “Today or tomorrow we will go to this or that city, spend a year there, carry on business and make money.” Why, you do not even know what will happen tomorrow. What is your life? You are a mist that appears for a little while and then vanishes. Instead, you ought to say, “If it is the Lord’s will, we will live and do this or that.” James 4:13-15 (NIV)

I’m a planner. I like to know what’s up. Each week when I visit with my medical team, I am always asking about upcoming treatments, dates/time frames, and expected outcomes (much to their chagrin). I like to know these things so I can try to wrap my mind around them before they are my reality. They don’t always have definitive answers (which totally frustrates me), but when they do, I hold tightly to those facts, and any changes unsettle me.

Such has been my last few weeks. Quite a roller coaster actually. If you read my last post, you may recall that I excitedly lined out my schedule for the next several weeks and reveled in my upcoming breaks. I made loads of plans with family and friends and totally loved the fact that I finally had a little control, even if it was just my schedule.

Well, that’s not exactly how it all played out.

Still a little miffed, but I’m slowly getting over it.

We made the 16 hour roundtrip drive to Houston on the 22nd, and after giving blood, getting my port accessed, and waiting for chemo for 3.5 hours (none of that very fun, by the way) the nurse came out to tell me that my platelets were 99.

Are you kidding me???

All to no avail.

Finally, my doctor called me on my cell (the poor nurse told on me) and said, very sternly, “Tina, we are trying to kill the cancer, not you. No chemo.”

And that was that.

Made the trip, endured the prep, but no chemo. Instead of getting to put chemo #12 behind me, I had to have four hours of magnesium and potassium infused through my port because I was dangerously low on both minerals. (Which could have had something to do with my crummy mood. Yeah, let’s just go with that as the reason.)

And it just got worse from there. My research nurse called the next day to tell me I had to return to Houston on the 29th to receive the chemo I missed on the 22nd.

And again. The begging. The pleading. The whining.

“My doctor promised I could have the 29th off.” I sounded like a four-year-old asking for 10 more minutes of play time. “My kids are out of school for Christmas break. Pleeeease let me stay home and enjoy the week off with them.”

She was a meanie and scheduled me for the 29th anyway.

So I was mature about it and told Patrick I wasn’t going.

Let me just say, up until this point in my treatment, I had been very compliant. And mostly sweet. Mostly. I was told to do things, and I did them. I realized all the poking, prodding, traveling, sickness, and discomfort was for my own good. It was extending my life. I got that. And I endured it.

However, when I couldn’t get my chemo on the 22nd, and was told I had to make yet another 16 hour roundtrip drive to Houston on the 29th (and could no longer enjoy that sacred break with the kids), I snapped.

I’m still blaming my attitude on all the vitamins and minerals that were being leached from my body by the chemo, but most likely, it was just a little stubbornness that came out in my distressed state. Or a lot of stubbornness. (Depends on who is telling the story, and it’s my blog, so let’s go with a little.)

As I’ve mentioned before, Patrick is a very patient man. He’s also smart. And he knows me very well. 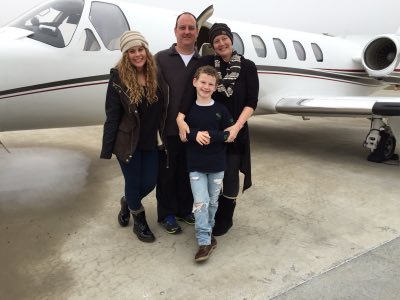 Earlier in my treatment, a family friend offered to arrange transportation for us to travel to Houston via private jet. Patrick decided now would be a good time to take him up on his offer. After he finalized the details he asked me if he could get me to Houston and back in one day, with the kids in tow,  if I would quit being so stubborn and agree to go on the 29th.

I told him I would think about it.

I was actually really excited for the opportunity to fly down to Houston with the kids (with a round-trip time of a whopping two hours and 20 minutes!) and get chemo #12 over and done. 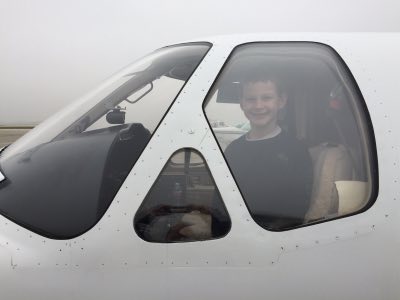 So we left Conway airport at 11:30 Monday morning and arrived in Houston one hour and 10 minutes later. Über picked us up from the private terminal at Houston Hobby Airport and I was at MD Anderson signing in for chemo about 20 minutes after landing. (A big shout out to our pilot, Troy Landers, for being so AWESOME!)

In addition to Patrick and the kids, my mom and sister, Lena, also accompanied us on the nine-passenger Citation Bravo.

While I received chemo, Patrick and the kids got to enjoy the exciting city of Houston, and my mom and sister got to enjoy me. 🙂

Despite the not-so-great circumstances, that day actually turned out to be a fabulous memory for my family. (We were later surprised to learn from Maddie, that the trip was one of her favorite days of 2014!) 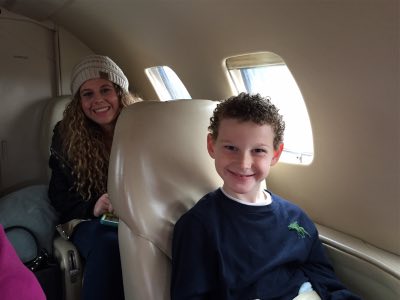 Who would have thought something that I was so heartbroken over and was SO not in my plans, turned out to be something so positive? Fun, even?

Undeterred by my stubbornness, and extending grace to my weary soul, God redeemed that day.

God has woven that theme throughout this journey of ours. 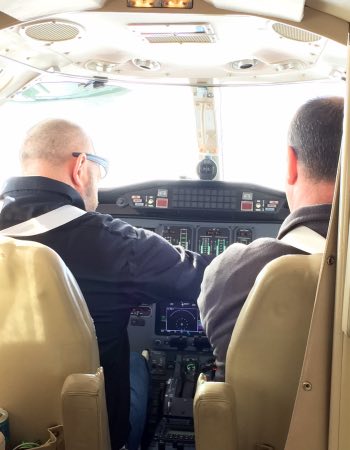 We’ve been covered in the ashes, but it’s how we recognize the beauty. We’ve experienced our share of mourning, but it’s allowed us to appreciate the joy.

Tomorrow I will complete the final chemo of the weekly clinical trial.

I know I will get my chemo tomorrow because I had my blood counts tested Friday and my platelets were 101. I get it by one point!

My blood counts have been struggling for the last few weeks and I had to get the Nuepogen shot last Wednesday. While the side effects from the shot sidelined me most of the week, I was thankful for a decent rise in my counts on Friday, and am relieved I can get chemo tomorrow. (Even if it is just by one point– I’ll take it!)

And God willing, (refer to James 4:13-15 quoted above) I will not have to travel to Houston again until January 26th when I will begin the first of the last four chemo treatments, which are only given once every 21 days.

I don’t know all of what 2015 holds for me. I do plan on it including complete healing and restoration of my body. I fully intend to go into 2016 completely cancer free. However, whatever happens between now and then, I know without a doubt, that God will be with me. There might be ashes, but He will find a way to bring beauty. There might be mourning, but He will somehow, as He always does, bring joy again.

Regardless of the circumstances 2015 may bring into your life, you can be confident that God will do that for you, too. His word promises us in Isaiah 61:1-3:

“The Spirit of the Sovereign Lord is on me, because the Lord has anointed me to proclaim good news to the poor. He has sent me to bind up the brokenhearted, to proclaim freedom for the captives and release from darkness for the prisoners, to proclaim the year of the Lord’s favor and the day of vengeance of our God, to comfort all who mourn, and provide for those who grieve in Zion — to bestow on them a crown of beauty instead of ashes, the oil of joy instead of mourning, and a garment of praise instead of a spirit of despair. They will be called oaks of righteousness, a planting of the Lord for the display of his splendor.”

I’m reminded of an old song we used to sing in church by Ira Stanphill.